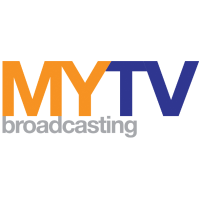 MYTV BROADCASTING or MYTV is the first Malaysian television broadcasting company broadcasting free DTTV-channels in the country without monthly payment. The DTT service is officially branded as MYFREEVIEW since August 2015, however the legal name of the company did not change. Around MYR 1 billion deal have been signed with Telekom Malaysia to distribute the services. MYTV is owned by Altel Holdings/Altel Communications and was planned to start broadcasting by mid-2015. The set top box has been available for sale as of February 2017, after long delays of building infrastructure and other issues. Its main competitor would be free to view satellite based service Astro NJOI, which it has far more channels to view. Coverage for this service (for transmitters already in operation) is currently around 80% of population, which it will expanded to 98% in the future.

Allion Labs, Inc. (Taiwan) has been awarded accreditation from the Standards and Industrial Research Institute of Malaysia (SIRIM) to become the first lab facility for digital television in Malaysia. Around 30 channels have been set to broadcast in the first stage. HbbTV services are also integrated into MYTV service with the usage of Sofia Digital's HbbTV technology.

East Coast Peninsular Malaysia has been chosen as the first site for testing followed by East Malaysia
, and northern and southern Peninsular Malaysia before reaching Klang Valley . In Sabah
, around 1,500 households have been selected for the test.

According to MYTV, the initial annual rental fee for a 24-hour FTA TV channel was RM 12 million for a SDTV channel and RM 25 million for a HDTV channel for a continuous 24 hour slot. However, following reports of Media Prima might quit FTA transmission due to unviable fees, MYTV may introduce bandwidth based charging, which is already in consideration.

According to Malaysian Communication and Multimedia Minister Ahmad Shabery Cheek, the MYTV Basic decoder would be distributed to around two million select Malaysian households while other recipients would be determined later. All 2 million households had now been determined and it would be send to recipients house via PosLaju.

There would have 3 types of set top boxes used by MYTV (which these are the only types in Malaysia have certification with "DTTV Malaysia"), The first one is the trial test decoder, which it was distributed to selected households for test transmission (which itself need to return to MYTV and replaced by MYTV Basic STB) There are two standard set top boxes issued, one of them is known as "MYTV Basic", which is given to 2 million selected households nationwide for free, while another one is the standard decoder known as "MYTV Advance", which is sold for RM299 excluding GST at Pos Malaysia branches and selected electrical stores. CI slots comes as a standard for both set top boxes, which it may be used for Pay TV in the future. The major differences for these set top boxes is the latter one (MYTV Advance) comes with support for HbbTV while MYTV Basic did not come with such support. MYTV has sign an agreement with Pensonic to distribute MYTV Advance set top box exclusively on 29 November 2016. Digital televisions with "DTTV Malaysia" certification can also be used to receive transmission.

- Did not subscribe to paid broadcasts.
- Come from low-income group.
- Included in the category of recipients of government aid.

While households that are not listed as recipients of government aid could get the free decoders from branches which would be set up in every state after the launch in 2017. The temporary decoder would be replaced with a new decoder (known as MYTV Basic) in the final DTT test broadcasts at the end of 2016 with remote areas being distributed by Pos Malaysia .

The following channels and services are planned to be carried:

Note : Over-spill digital TV signals from Brunei/Singapore/Thailand can be received alongside the standard MyFreeview offering in certain regions in Malaysia, provided that if the signal is strong enough.

According to MYTV, there are 13 test phase sites which will be operate on the first stage, which it currently covers around 80% of population. MYTV will eventually develop 60 main transmitters and 40 gap fillers which it will cover 98% of population. All first phase sites had been allocated frequencies for digital multiplex by Malaysian regulator, MCMC . Table below shows the frequency which has already been allocated and confirmed by MCMC. At this test phase, only MUX1 is available for receive.